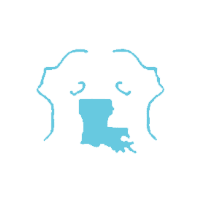 The idea that you might have sleep apnea and not be breathing at times through the night is pretty scary. You won’t know it’s happening for sure, but if you think it might be, Gregory Pippin, MD, and Adil Fatakia, MD, at ENT of New Orleans can help. At their offices in Marrero and New Orleans East, Louisiana, Dr. Pippin and Dr. Fatakia provide accurate diagnostics and effective treatments for sleep apnea to patients in the Greater New Orleans area. Call ENT of New Orleans today to find out more or book an appointment online.

What is sleep apnea?

Sleep apnea is a breathing problem that happens when you’re asleep. When you have sleep apnea, your breathing stops many times during the night. It’s usually just for a moment each time, but it happens repeatedly, causing poor-quality sleep and robbing your body of oxygen.

Untreated sleep apnea can lead to serious health problems like:

Obstructive sleep apnea (OSA) is the type of sleep apnea you’re most likely to get. If you have OSA, it means the soft tissues in the back of your throat are relaxing when you’re asleep.

This blocks your airway, stopping you from breathing. Your brain wakes you up when it detects you’re not breathing, but it can’t stop the same thing from happening over and over.

Central sleep apnea is less common but often more serious. It develops when you have a neurological problem. That means that it’s your brain that isn’t working quite right, so it’s not giving your muscles the instruction to breathe.

What are the symptoms of sleep apnea?

Some of the symptoms of sleep apnea include:

It’s possible to be unaware you aren’t breathing properly at night because you’re unconscious. It’s only when someone else notices or your symptoms worsen and you go to the doctor that you find out you have sleep apnea.

How is sleep apnea treated?

OSA is often due at least in part to problems like being overweight or obese, heavy drinking, smoking, and taking sleeping pills. Address these issues and your sleep apnea could get better on its own. There’s also a device you can wear in your mouth at night to help you breathe.

If you need more help with your sleep apnea, you could try wearing a continuous positive airway pressure (CPAP) device while you sleep. You wear a mask on your face that delivers air to your nose throughout the night. Having a constant flow of air passing down your nose stops your airway from blocking and helps you get more oxygen.

Could I need surgery for sleep apnea?

Some conditions that cause sleep apnea do require surgery, including:

You might also need surgery if other treatments aren’t working.

The board-certified head and neck surgeons at ENT of New Orleans have considerable expertise in surgery for sleep apnea. They can do advanced operations like uvulopalatopharyngoplasty (UPPP) and mandibular maxillomandibular advancement surgery, as well as nasal surgery for a deviated septum.

If you think you might have sleep apnea, call ENT of New Orleans today to schedule a consultation or book an appointment online.

We see patients all throughout the Greater New Orleans area. Call us to book your appointment today.